How to:
Follow the recommended priority of events. For this farm, generally the meta has progressed in some way. I start with the meta, finishing off that was left. From there, I follow events that were generally quick champion kills such as Webby, Mushroom, Stonehead, and whatever else is in the recommended priority list. For an hour worth of data, I always had time to do the meta a second time. Sometimes, three times. 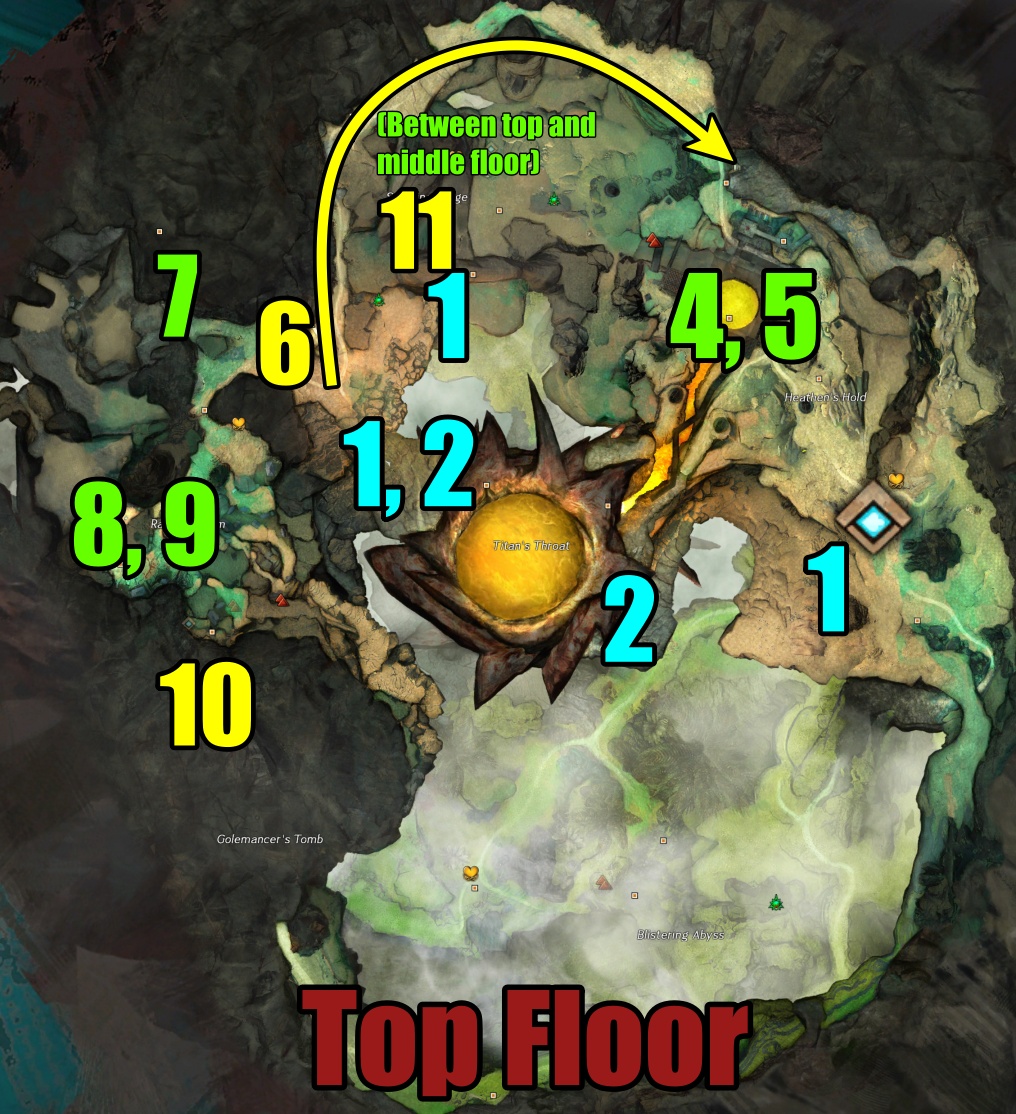 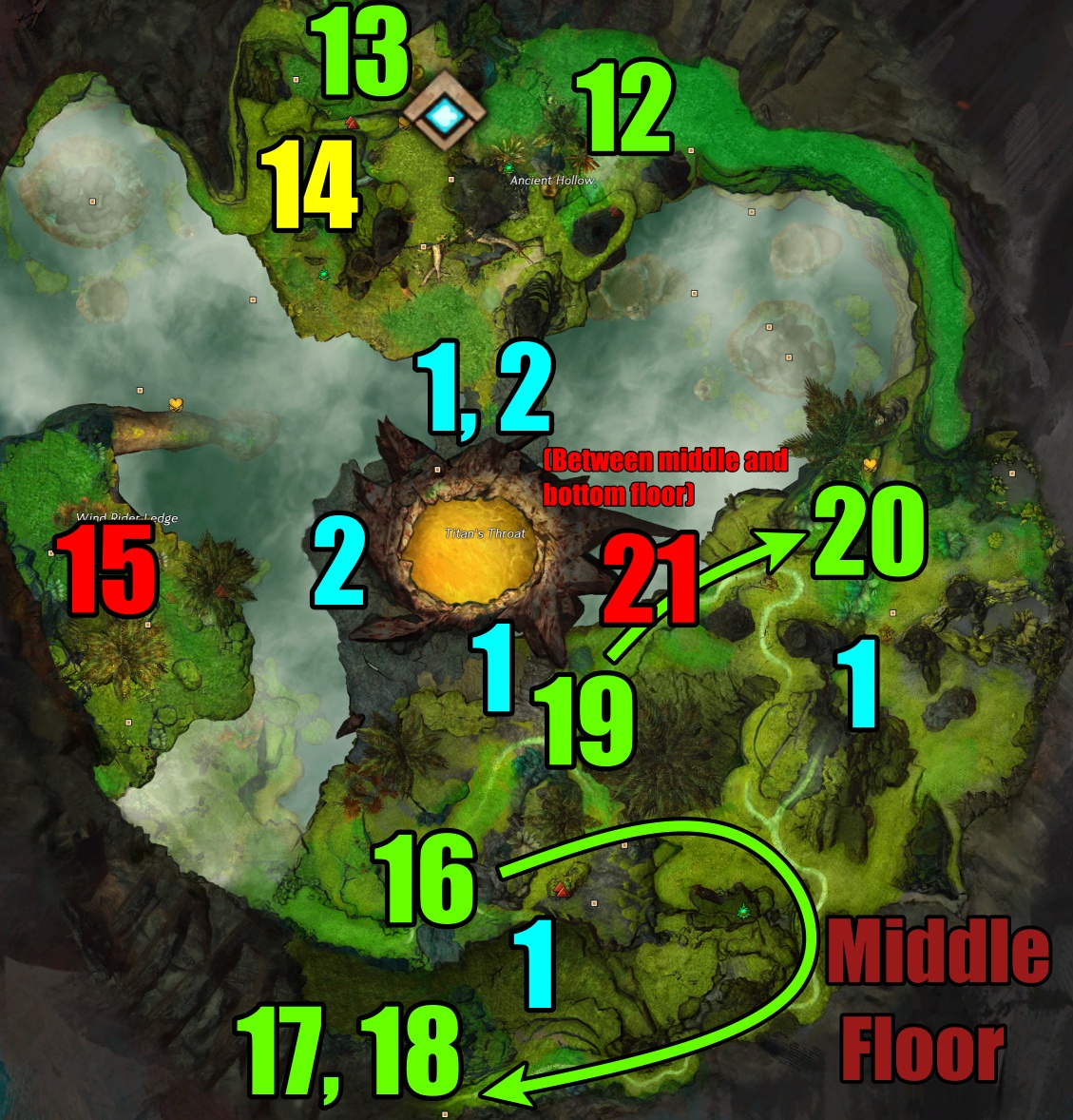 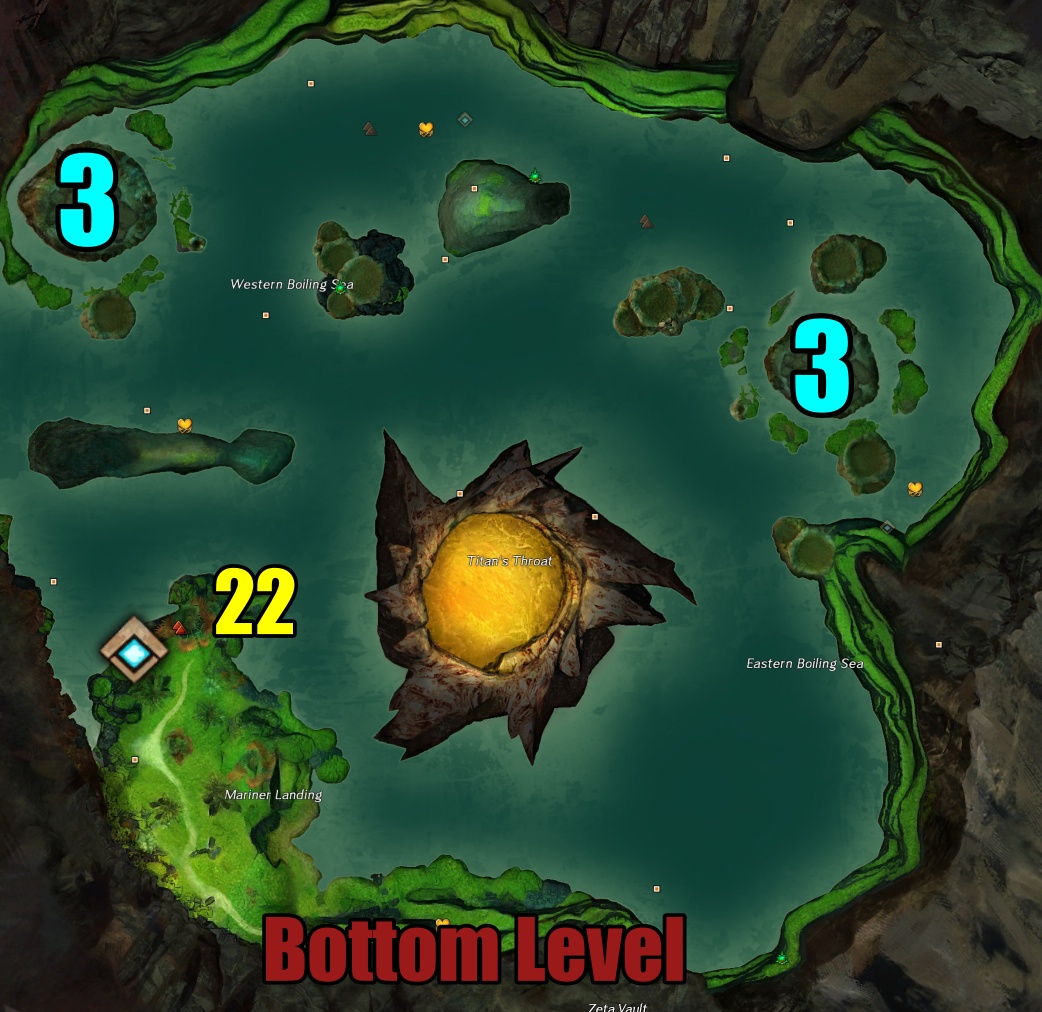 There are a total of 13 events in total. For event #1, there are 7 locations throughout the map that can be navigated easily by using thermal tubes. The map above is the route I use that I think works effectively to easily flow a squad to completing as many events as possible. Afterwards, event #2 are destroying 4 champion Destroyers and their burrows. #3 (Destroyer Lieutenants) requires the squad to split into two groups. 

CCing the Destroyer Lieutenants prevents the platforms from shattering, thus creating more room for boiling water (deals damage over time). Ideally, it would best to CC, but they have a heavy breakbar. Expect the platform to be shattered and to prepare yourself to move as there's going to be less room to fight. 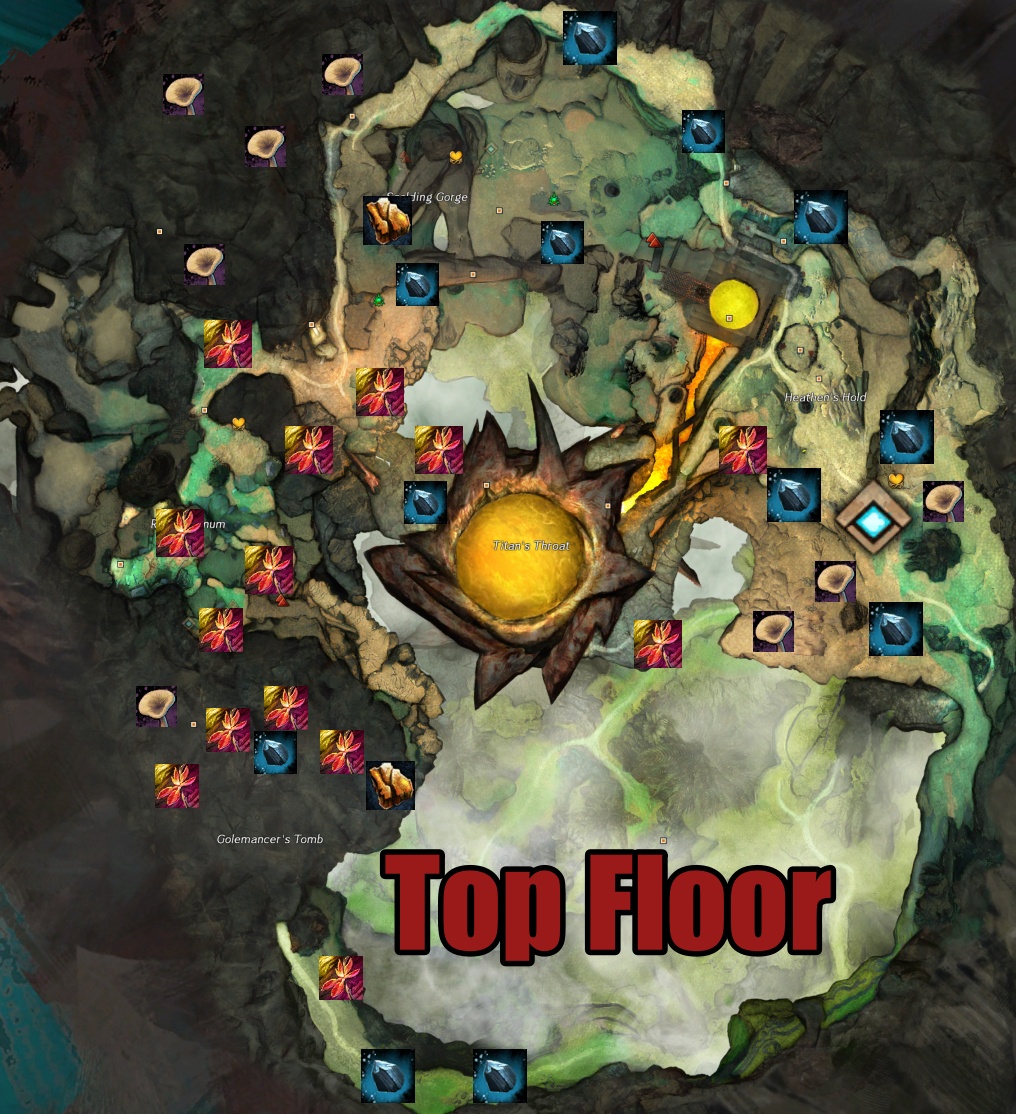 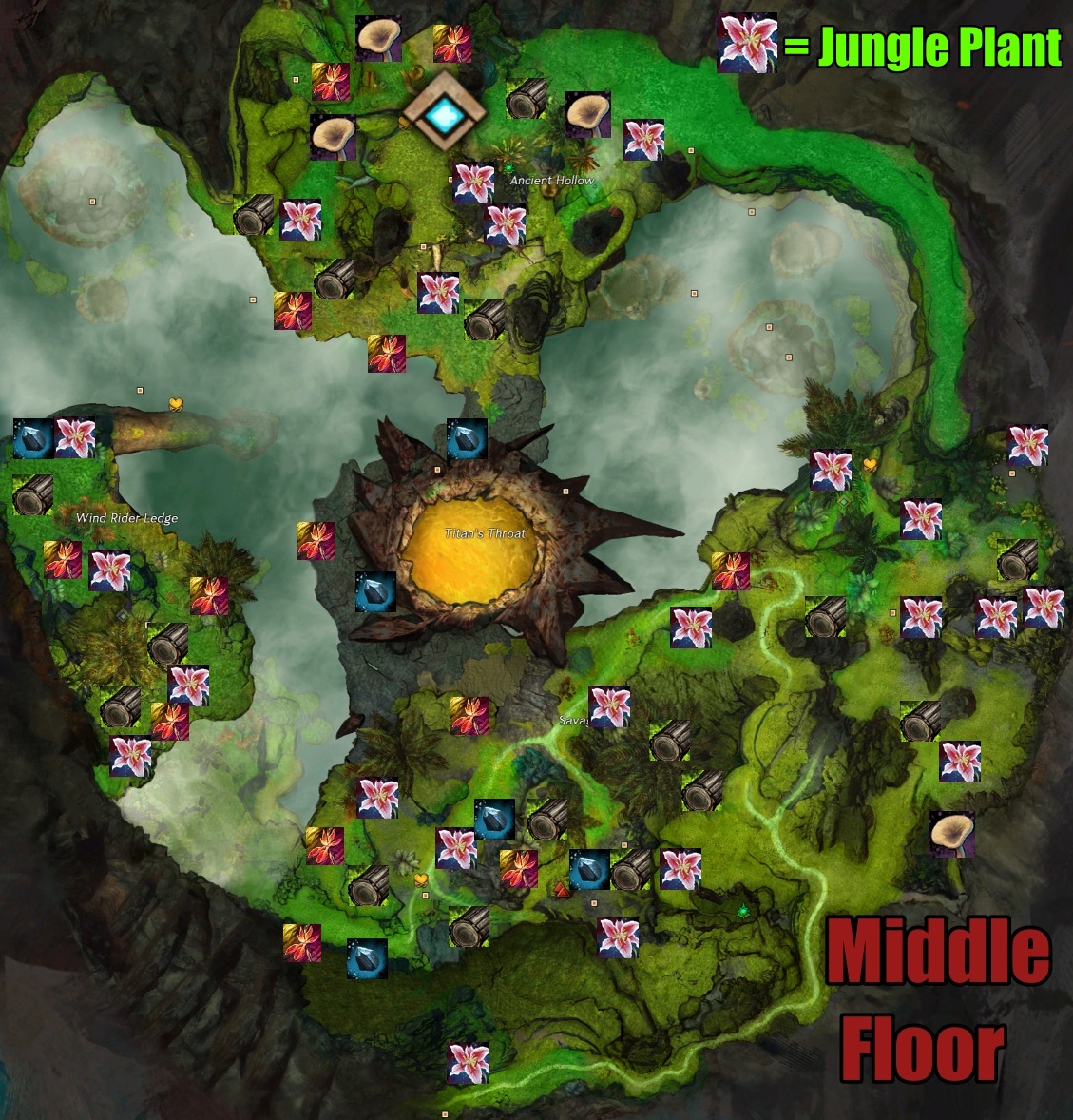 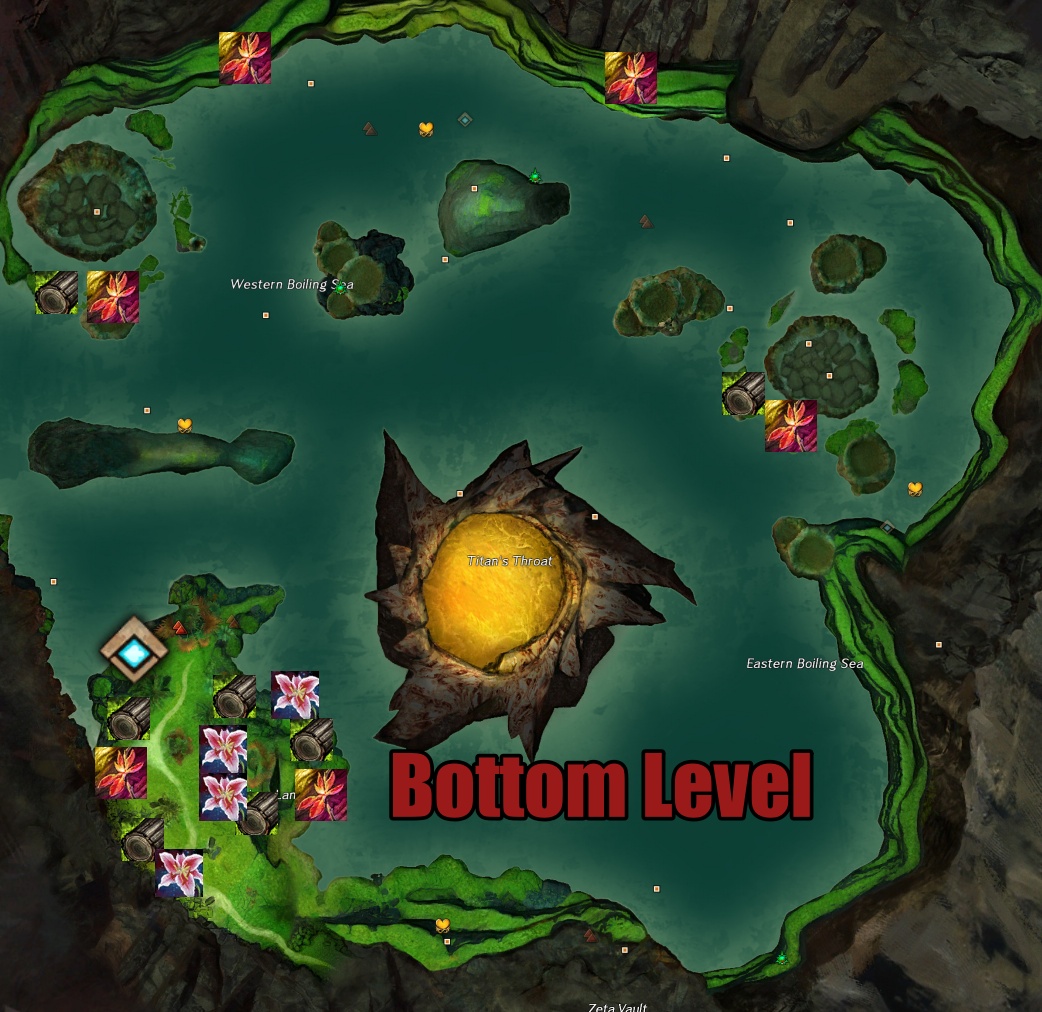