Happy EOD launch! It's going to take a while to learn/mastery these new maps and possibly rebench older benchmarks with new materials and Jade Bot stuff. I'll try and get it done asap! Thank you for your patience fellow choyas :D 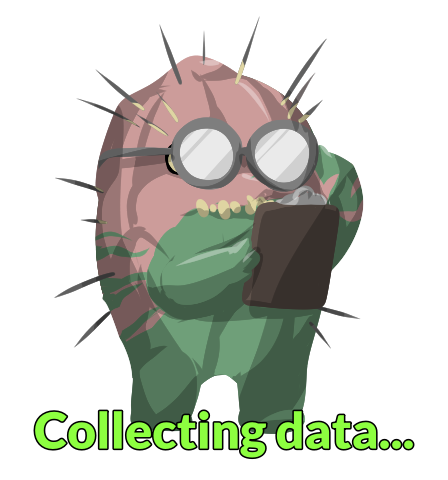 Hot Springs: At the Dragon's Teeth Hot Springs [&BH4JAAA=], there is a thermal next to the Vista. Take that thermal and it will lead you exactly to the spot.
Loot:
- 1 Ancient Sapling
- 2 Verdant Herbs
- 1 Icebound Chest

Snow Truffle farm:Located at Boneskinner Den [&BCsMAAA=]. You need the mastery "Raven Bond" in order to unlock the barrier. To earn the bonus chest, you need to have the mastery "Essence of Resilience Tier 1" done.
Loot:
- 5 Snow Truffles
- 1 Eternal Ice
- 1 Small Chest of Valor

Tier 3 Chest: There are 3 locations of tier 3 chests. Check for a spot for the chests.
Loot:
- 1 Large Chest of [something]

Clam farm: From Amnoom Waypoint [&BLsKAAA=], head all the way to the northwest section of the map.
Loot:
- 10 Clams

Clam farm: From Brightwater Waypoint [&BLsKAAA=], head all the way to the southwest section of the map.
Loot:
- 7 Clams

Strawberry farm: From Brightwater Waypoint [&BLsKAAA=], head north to the nearest Heart. There will be a cave full of choyas and head to the northern section of the cave, next to the waterfall.
Loot:
- 8 Strawberries

Strawberry farm: From Nolan Waypoint [&BN4AAAA=], head southwest to the Vista. From there, there is a sewer looking pipe covered in moss that leads to a secret area with the strawberries.
Loot:
- 8 Strawberries

Arkjok Farmlands: From Allied Encampment Waypoint [&BFcLAAA=], head north. There will be an area that resembles a farm land on a hill.
Loot:
- 12 Cluster of Desert Herbs
- 4 Flaxs

Artichoke farm: South of [&BOsKAAA=]. There is a heart nearby is head directly south from that.
Loot:
- 8 Arichokes

Flax farm: West and down from Heathen's Hold Waypoint [&BM0JAAA=]. Don't drop all the way down, when you drop to the next level (the mini map will shift), keep dropping before you hit the floor/water level. There will be a cave enterence.
Loot:
- 10 Flaxs

Searching Ascent: This is an extremely tedious jumping puzzle and it's not really a jumping puzzle. To find a good video guide, watch this. Generally, you could find someone on LFG under Draconis Mons that you can teleport to.
Loot:
- Chest. 1 guaranteed rare and green gear, Unbound Magic, 3 Fire Orchid Blossoms

Olafson Farmstead: Head to Leadfoot Village. Located at [&BGgMAAA=]. It is on top of the cliffs.
Loot:
- 4 Verdant Herbs
- 4 Portobello Mushrooms
- 4 Scallions
- 4 Potatoes

Potato farm: Head to Fort Defiance. There is a mesa, directly next and west of the camp.
Loot:
- 4 Potatoes

Petraj Overlook: Head to Petraj. Just north of the camp will be the nodes.
Loot:
- 4 Blackberries
- 4 Winter Root Vegetables

Uplands Oasis: From Vine Bridge Waypoint [&BIYHAAA=], head north to the northwest section of the map.
Loot:
- 2 Cabbage
- 4 Cactus
- 4 Carrot
- 3 Lettuce
- 3 Primordial Orchid, if you've completed the achievement "A Henge Away From Home"

Cabbage farm: From Demetra Waypoint [&BKsAAAA=], head north and fall into a swamp. There will be a cave/door guarded by bandits
Loot:
- 8 Cabbage

Troll's Revenge farm: From Western Ward Waypoint [&BC4EAAA=], head slightly north and up. There is a JP chest, but you can't loot it unless you do the JP.
Loot:
- 1 Herb Sprout
- 1 Young Herb
- 2 Root Vegetable
- 2 Taproot
- 2 Carrot

Weyandt's Revenge: From Farshore Waypoint [&BDMEAAA=], you could skip via this video or watch this video to do the JP.
Loot:
- 1-2 Guaranteed green gear or rare
- 1-2 Medallions/Crests or Orbs
- Possibly Doubloons

Urmaug's Secret: From Guild Bluff Waypoint [&BA0EAAA=], you could watch this video to do the JP. It's extremely short.
Loot:
- 1 Medallion/Crest
- 1-2 blue+ unidentified gear

Potato farm: From Akk Wilds Waypoint [&BEIAAAA=], head northwest. There will be a floating platform with the nodes.
Loot:
- 8 Potatoes

Artichoke farm: From Oxbow Isle Waypoint [&BNECAAA=], head directly south. There will be an island and you'll have to head up for the nodes.
Loot:
- 8 Artichokes

Elder Wood farm: From WAywarde Waypoint [&BMcDAAA=], head west. Though, sometimes you'll take some damage if one of the temples is active.
Loot:
- 4 Cypress Saplings

Flax farm: Use a Skyscale/Bunny mount, you could head to Ogre Camp Waypoint [&BMwHAAA=], north, and up to the Great Tree.
Loot:
- 8 Flaxs

Iron farm: From History's End Waypoint [&BLsLAAA=], head southeast to The Weeping Crest. The nodes will be scattered throughout the cliffs.
Loot:
- 8 Iron Ores

Platinum farm: From Revolution's Heart Waypoint [&BKYLAAA=], use a Skyscale and follow the Volatile Magic up. Eventually, you'll see the nodes on the left side of the cliffs.
Loot:
- 7 Iron Ores

Rich Orichalcum: There are many maps that have a permanent rich ori node. For reference and picture guides, click here.
Loot:
- Rich Orichalcum Vein

Matriarch: Park your character in the same location as one of the night bosses, Matriarch. This is located above Pact Encampment Waypoint [&BAgIAAA=]. You could either arrive at the platform through a chopper that will only spawn when it's time for the night bosses to spawn and if the camp is cleared from Mordrem.

To get there before the chopper, go to Mellaggan's Valor Waypoint [&BNUHAAA=] and above the waypoint will be an updraft. Take the updraft and head to the center of the map. You could either Griffon, Skyscale or keep gliding (while taking more updrafts) to reach the platform above Pact Encampment.